THE NEW SOUND OF THE 80s 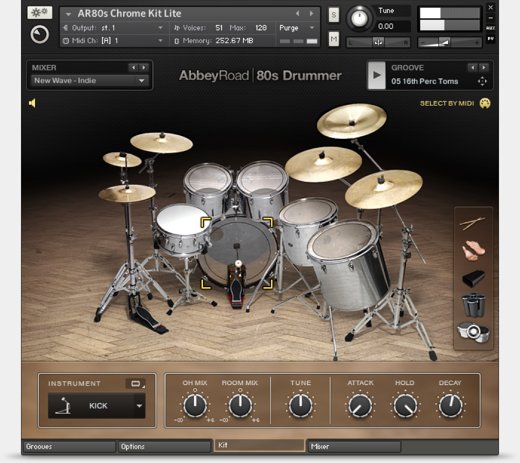 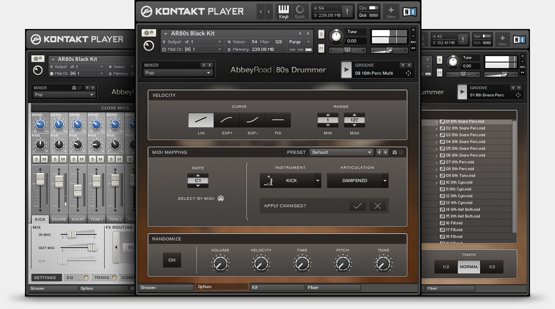 And for all owners of the original version, ABBEY ROAD | 80s DRUMMER is a free upgrade!

An iconic symbol of the music industry since 1931, Abbey Road has been the location of countless landmark recordings by artists such as The Beatles, U2, Kate Bush, Oasis, Kanye West and Radiohead, to name just a few.

Abbey Road has pioneered many studio techniques and technologies, and is widely recognized as one of the most advanced recording, mixing and post-production complexes in the world. 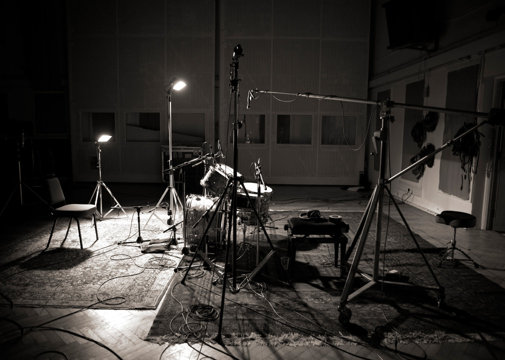 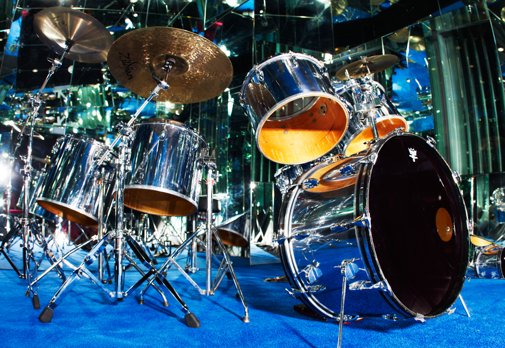 Two outstanding kits form the basis of this instrument:

The Black Kit, recorded in Studio Three, is a vintage Yamaha 9000 from the mid-80s – one of the most recorded drum kits in history.

The Chrome Kit is a Slingerland Magnum fitted with single-headed concert toms – very fashionable during the 1980s.

Snares include Ludwig, Gretsch, Slingerland and Pearl models. And no 80s kit would be complete without a full set of Octobans – melodically-tuned tubular toms that were popular among many of the decade’s top drummers.

And if time is tight, Mixer and Effects Presets provide instant pro sound with precision mic levels, the perfect blend of close and room mics, and just the right effects to set it all off. 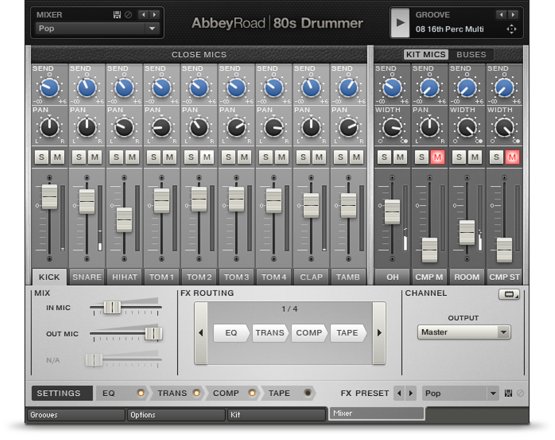 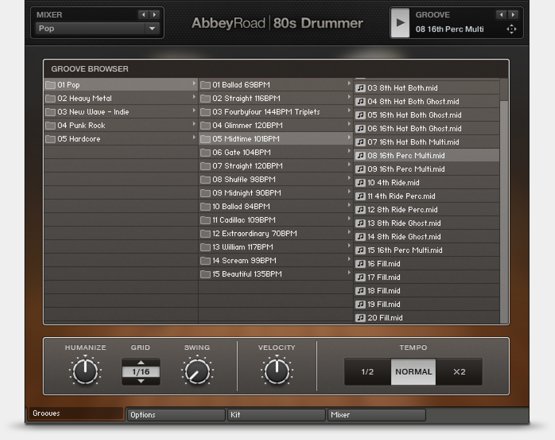 The right drum sound is only part of the equation. All the updated ABBEY ROAD DRUMMER instruments provide a new Groove Library, full of beats and fills to match the sound of the drums.

These MIDI patterns were played live by professional drummers – find the beat that suits the track you’re working on, choose fills and variations to match, then drag and drop into your host sequencer.

And if you’re a drummer yourself, just hook up your e-drums and you’re ready to go.